Accounts, confirmation statement, invoicing and loads of boring chores. I did get the car cleaned, though, which was nice.

I’ve decided to let all the main inventory items have a single upgrade. I don’t think I’ll make these upgrades necessary to complete the main path through the game, except maybe the Wand’s... but I’ll definitely use the rest to unlock secrets, which will tie into my plans for other things. (I’ll tell you later.)

I’ve got the player’s state setup to track each of the upgrades, and I wrote some console commands to unlock each of them as a cheat mode. I made pickups for each of them, wrote the identity dialog, and got all six – including their ceremony pickups – into the game, each collectable by the player.

And I got about halfway through the Sword’s upgrade.

That, predictably, is gonna spit out a projectile, so I made the projectile, got the player controller to trigger it, created the VFX for the trails and impact, and got the Player Character’s blueprint spawning, but only if the upgrade’s been collected.

Needs audio, and I need to detect the impact and impart damage, which I guess will need to me to create some new damage types and retrofit them onto everything.

Projectiles! I can throw them. They have bespoke damage types. They can explode. They can do damage to things. They can be ignored by things!

There’s a little tidying up to do. At the very least, there needs to be a cool-down on the controller to stop them being spammed. They all need audio. And the wand projectile should have its own power gauge, with a pick-up that re-fuels it...

The wand projectile now lights the fire pits...annnd...the net’s projectile puts them out!

Got a couple of uses in mind for these, but as I said, mostly for secrets off the main path.

Upgrading the bow was four lines of code. Hurrah! 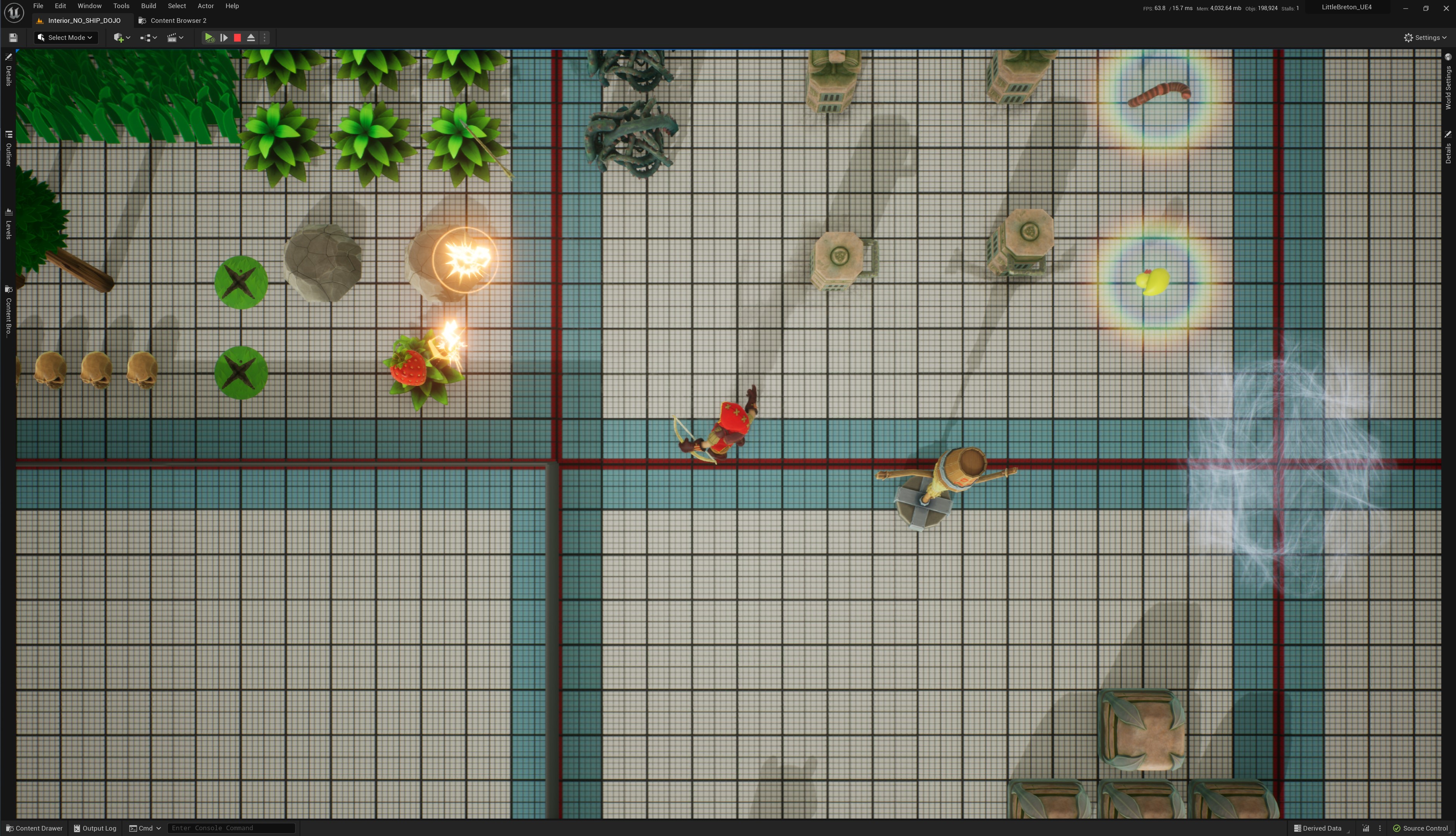 Spent the afternoon coming up with a list of charms, to compliment the power-ups, and trying to work out where I can hide them in the world. I’ve been leaving spaces around the map to fill-in later, but some are easier to get to than others. Not going to sweat it too much, this is only for the hardcore completionist.

Also came up with some god-awful puns for new quests. My work here is done!