Early update, this time, as I'm off to the UK for a wedding. Because of that -- and because I'm meeting up with a friend who's helping me with some concept art -- it's been a race-to-make-a-face since my last post. 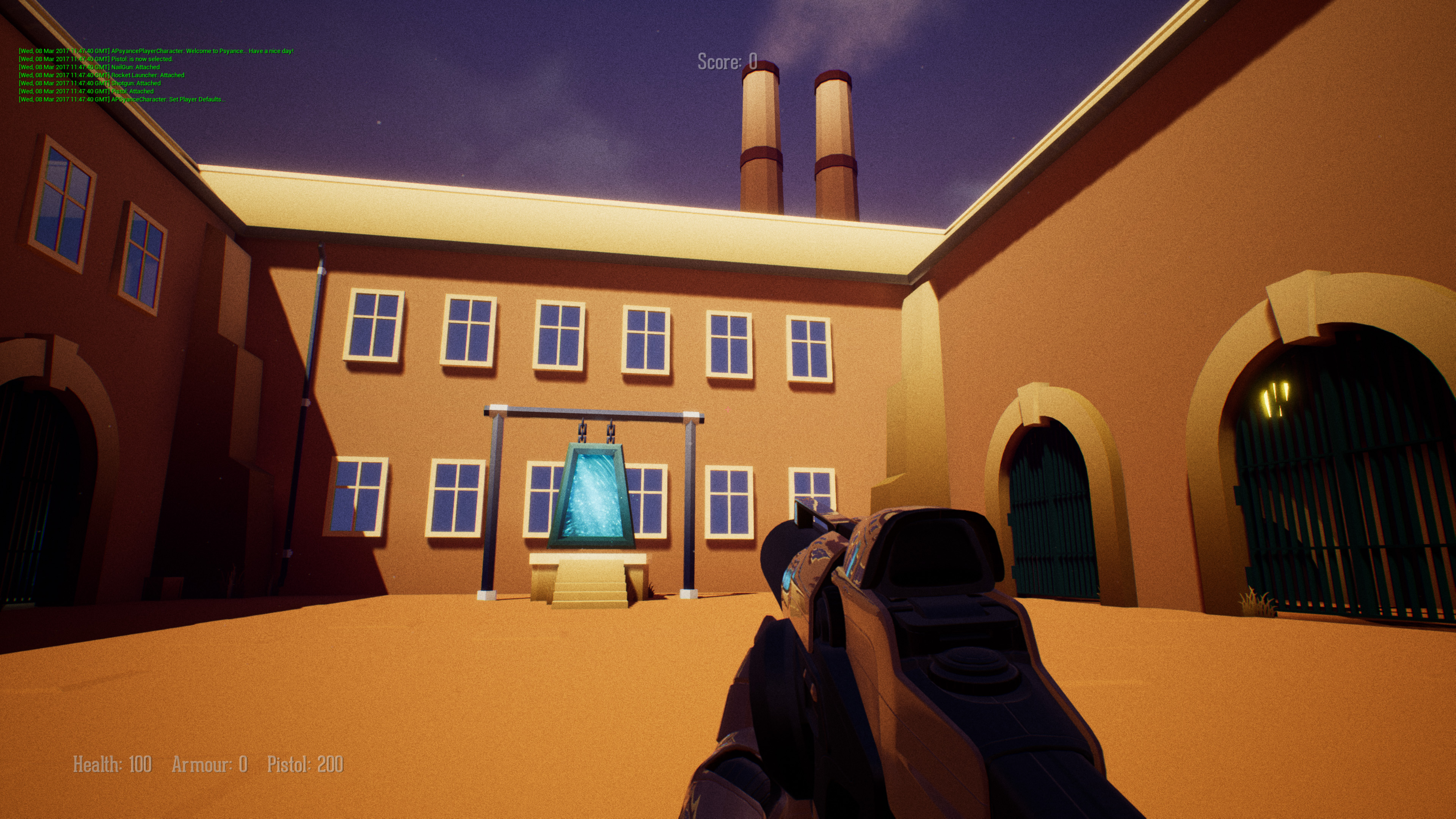 The second iteration of the test level is basically done. As I said, it's super chunky and super low-poly, but it looks a lot better than my first iteration. And I can get very dark areas, as well as very light areas. Pretty important for a Quake-a-like.

Although this scene is essentially outdoor, I don't actually think I'll do that in many of the levels. My plan for most of it is to do something darker and not as well lit, but for the purposes of a test I just wanted to see if I could do both. So I've aped a bit of the Quake 1 start thing, and done an imaginary "intro" level.

There's a lot wrong with it; the scale is on the, er, large side -- but the minute you start rocket jumping that's less of a problem -- there's a lack of secondary motion -- wibbly grass, lights swaying, stuff like that -- and hardly any props to dress the scene. Although the colours work for me, a bit more detail would definitely help.

I'm not too bothered about all this atm, the main function of the test was to find a workflow that's quick enough to let me bang out [reasonably] good looking geometry, and the lack of texturing definitely helps that. I've gone from zero to a level I can run around, in 8 days. And half that time's been trying to understand lighting. Nearly all the missing things will happen over time and I can dress the scenes with more props as and when I make them. It's how I worked the environment in Lumo.

I'm still toying with the idea of bevelling the larger geometry pieces as the extra edges would play in the light. Nintendo do this all the time in Mario and Zelda, so it might be worth a test...

Anyway. After the mild depression at going down the wrong path and throwing out a couple of week's work, this whole exercise turned out to be super useful. The untextured "matte" look forced me to work out how the baked lighting is applied, especially when the various shadow schemes are thrown into the mix. There's no where to hide so setting this up was a lot of trial and error, not helped by the fact that my lighting build-quality was set to "preview" for God knows how long. That flushed out lots of stupid things, but derp. Fucking idiot, etc.

The Modo side of things has been great, although it took me a long time to uvunwrap for clean bakes. Initially I was just ignoring it, letting the UE importer generate the lightmaps and then wondering why I had dirty big splotches everywhere. Then I started adding a second UV channel in the model to mitigate, which gives some control over how the model parts are split. But the real-trick, which it took me a couple of days to clock-on to, is making sure edges/verts are clamped to texel boundaries. In Modo this is trivial, you can set the UVGrid to 1/64, and then use the snapping tool to make sure that edges/verts are all nice and clean. It's a bit handraulic, but if done right, a one shot deal. I think.

I still have some light-bleeding in parts of the level, but this is either where I've not added an edge to the wall (one model) where it meets the floors (a different model), or have a polygon that extrudes through the wall, so catches the light and the dark. The second issue is just me not knowing what I was
doing at the start and then being too lazy to go back in and fix it. You can see it on the window frames.

I've also had a good play around with Cascade, and although I don't feel as confident with it as Unity's particle system, I'm able to do the basics. The same can be pretty much said for the material editor. I'm hoping to pick stuff up via osmosis and concentrate on the big things for the foreseeable.

Code-wise, I don't think I've had any problems. I've even started doing a few things -- the on screen messages for example -- in Blueprints. Quick and dirty is, as Quick and Dirty does, and all that.

I've stuck a little video of all this up on You Tube. It should go without saying that the Quake 1 sound effects won't be there for long, and everything is liable to change. It's heading in the right direction, though. 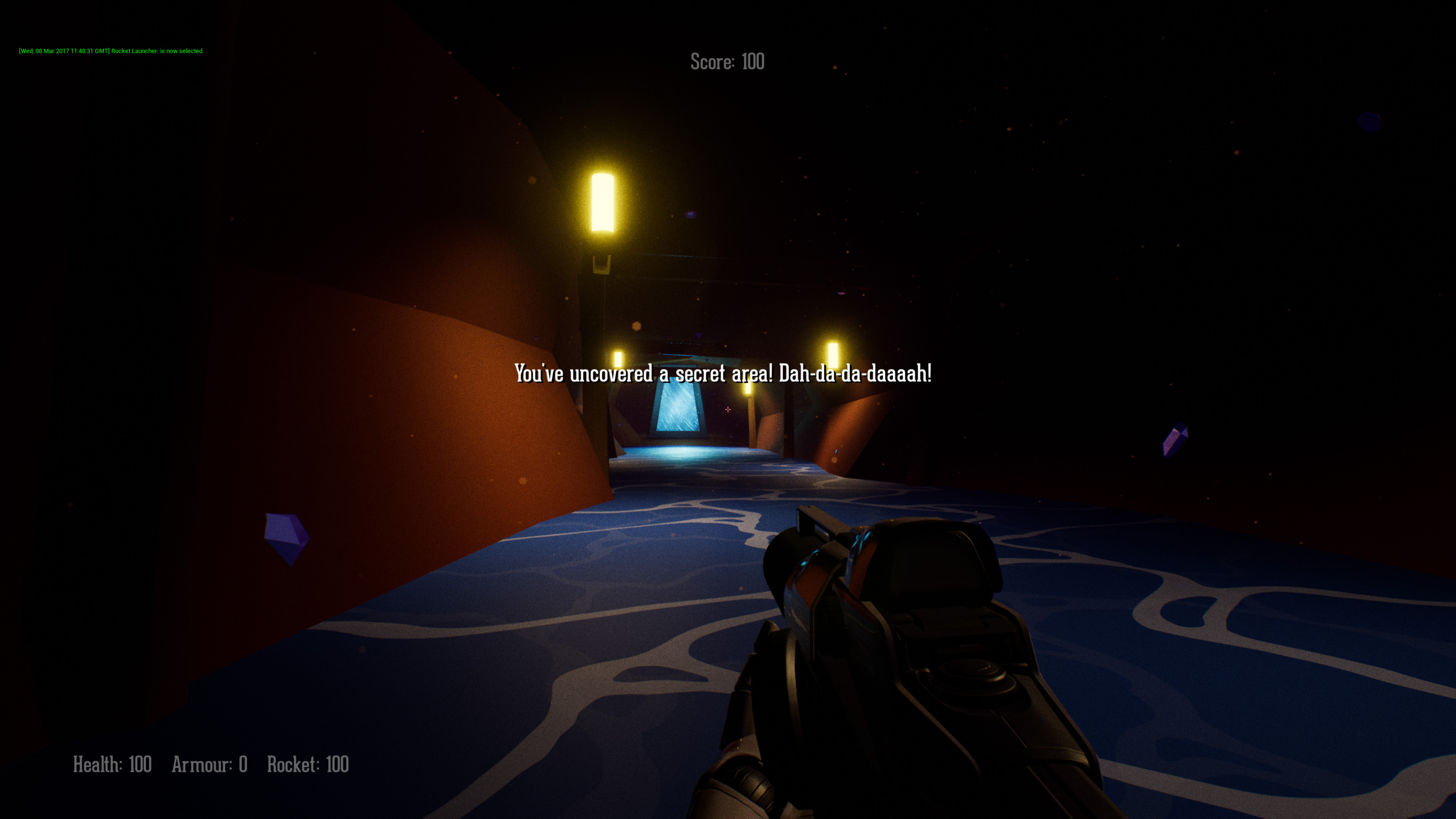 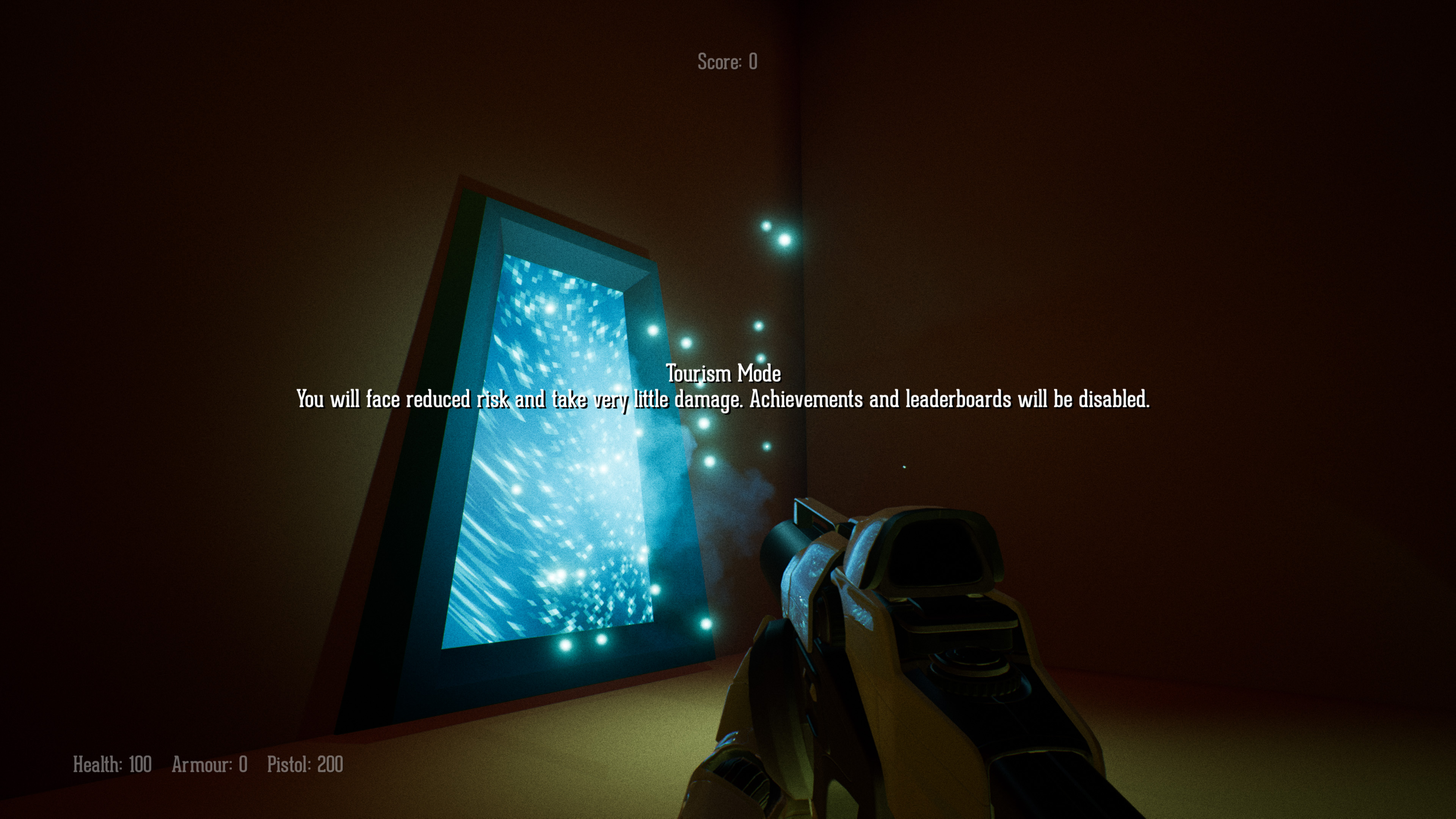 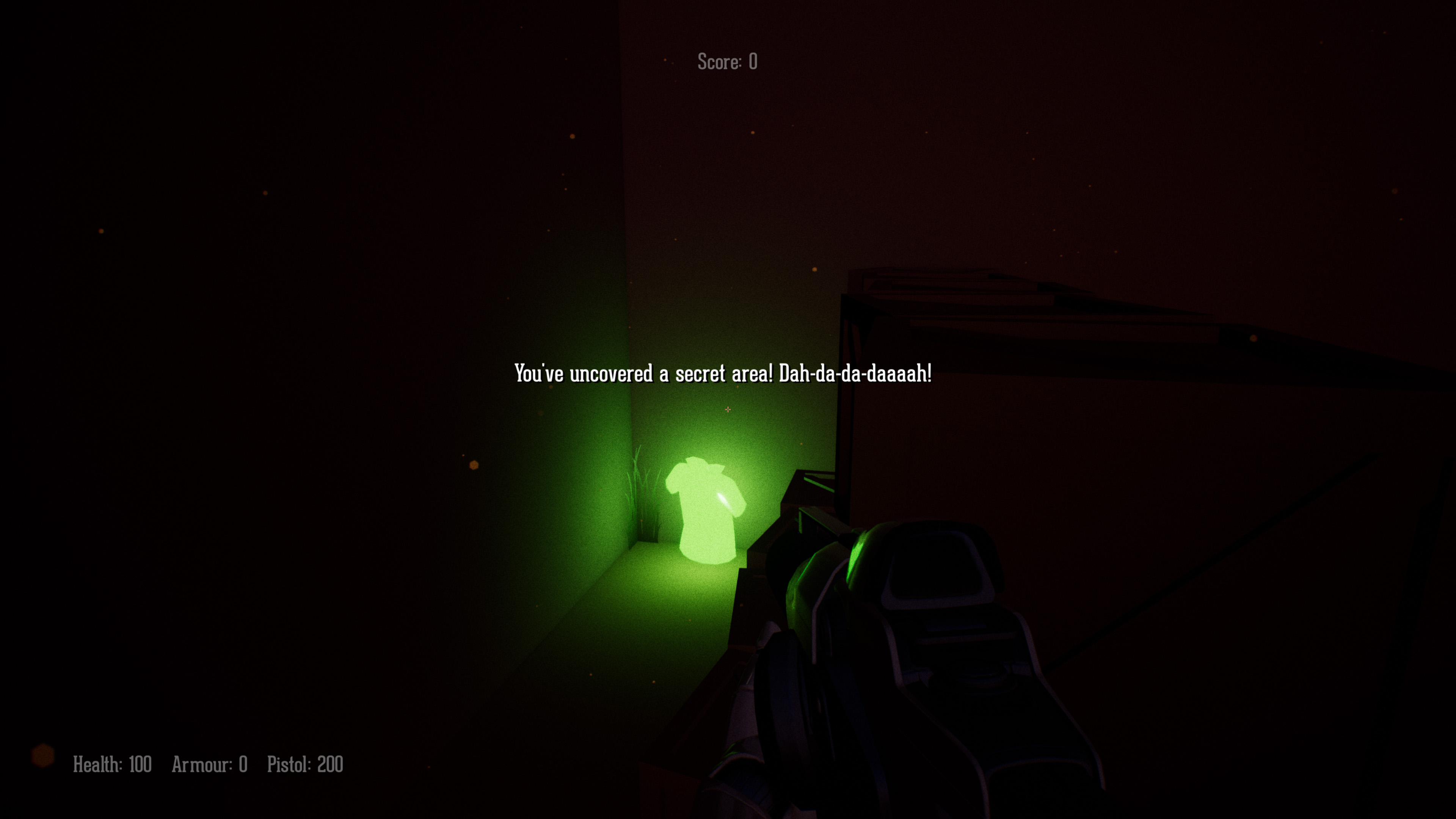 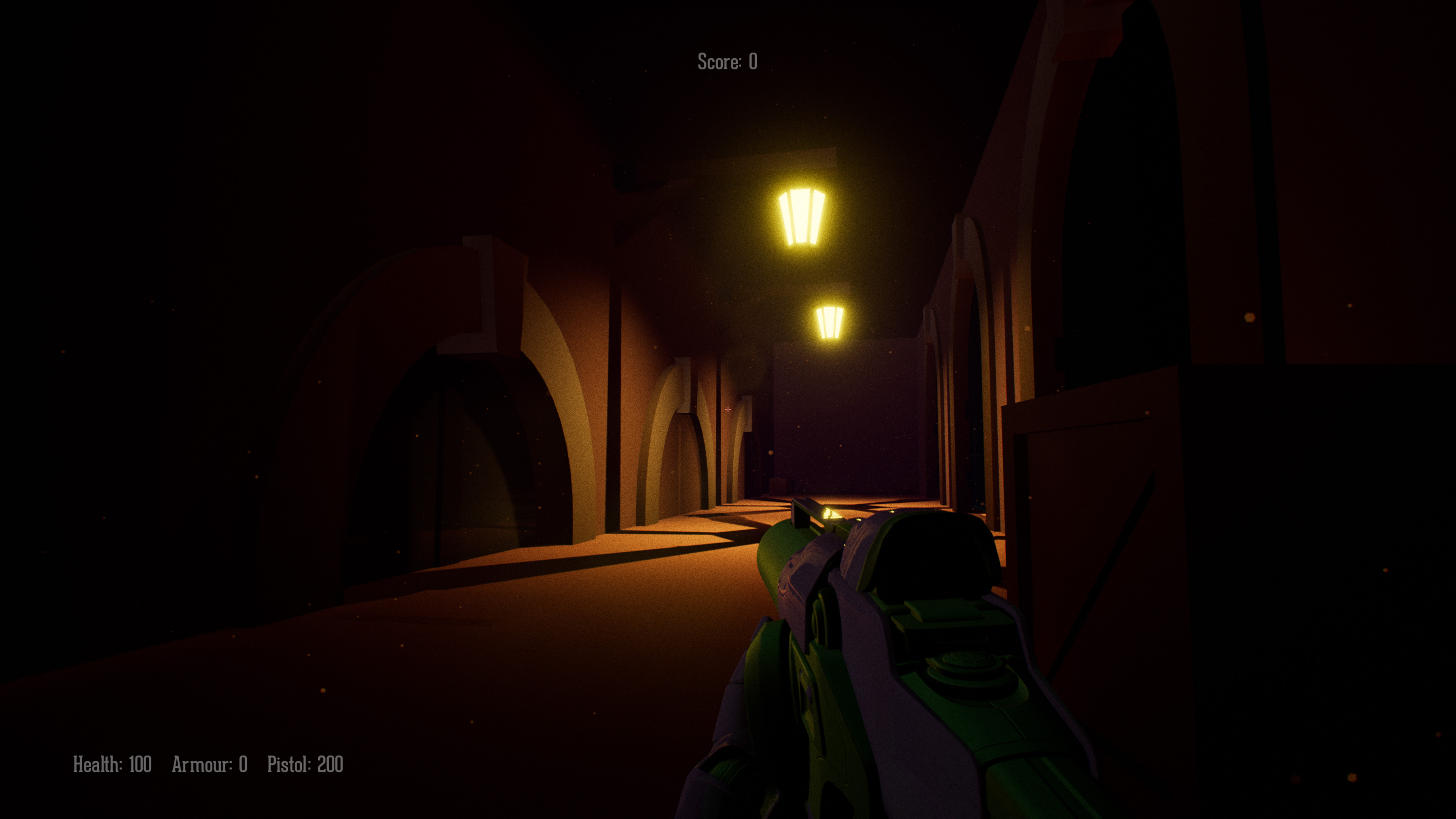