I ended last week having given the build the first proper test it’d had in a while. There were a fair things to fix and tweak, most of which I managed to get through today:

More bugs and little tweaks, today. The biggest item was getting the bow to fire three arrows [when powered-up] while the player was Z-Targeting. After digging into it, it was actually firing three, but the two on the sides were colliding with the central one and failing to spawn. A bit of rotating and offsetting later...

I also added a new NPC for the armoury. She’s still placeholder atm, but her intro dialog is in. The rest:

The problem with my “do no up-front design” methodology is that, when you do fuck-up, it can be a bit painful to fix.

I’ve been carrying a couple of cock-ups for the duration of the project. The most egregious is that the player’s house is in the wrong place. In fact, Henge End, in its entirety, could do with being flipped on the horizontal...which ain’t gonna happen.

Because of this, I mapped out East Ley hoping the player would enter from the right-hand side, but it’s obvious, now that I’m playing the build again, that they’ll enter from Stone Henge [on the left]. Which is fine. Stone Henge is supposed to be the hub area.

But... everything in East Ley – the NPCs that explain things, the power ups, the campfires, and the sign-posts – is back to front. It makes the level confusing.

Today I bit the bullet and flipped it all.

I also added some placeholder dungeons, for each map, with a big “Complete Me” button, and made sure the player could get in and out of them.

Following on from the changes to East Ley; I’ve decided that I want the player to warp back into the hub area when they complete a Dungeon. Now that I’m able to walk into them all, hit the “Complete Me” button, and exit, it’s obvious that the trek out of each overworld location isn’t going to be much fun.

I’m not going to make massive changes just because the dungeon’s completed. The player’s done their thing. Better for everyone if I just whisk them back to the centre so they can get on with the next thing. 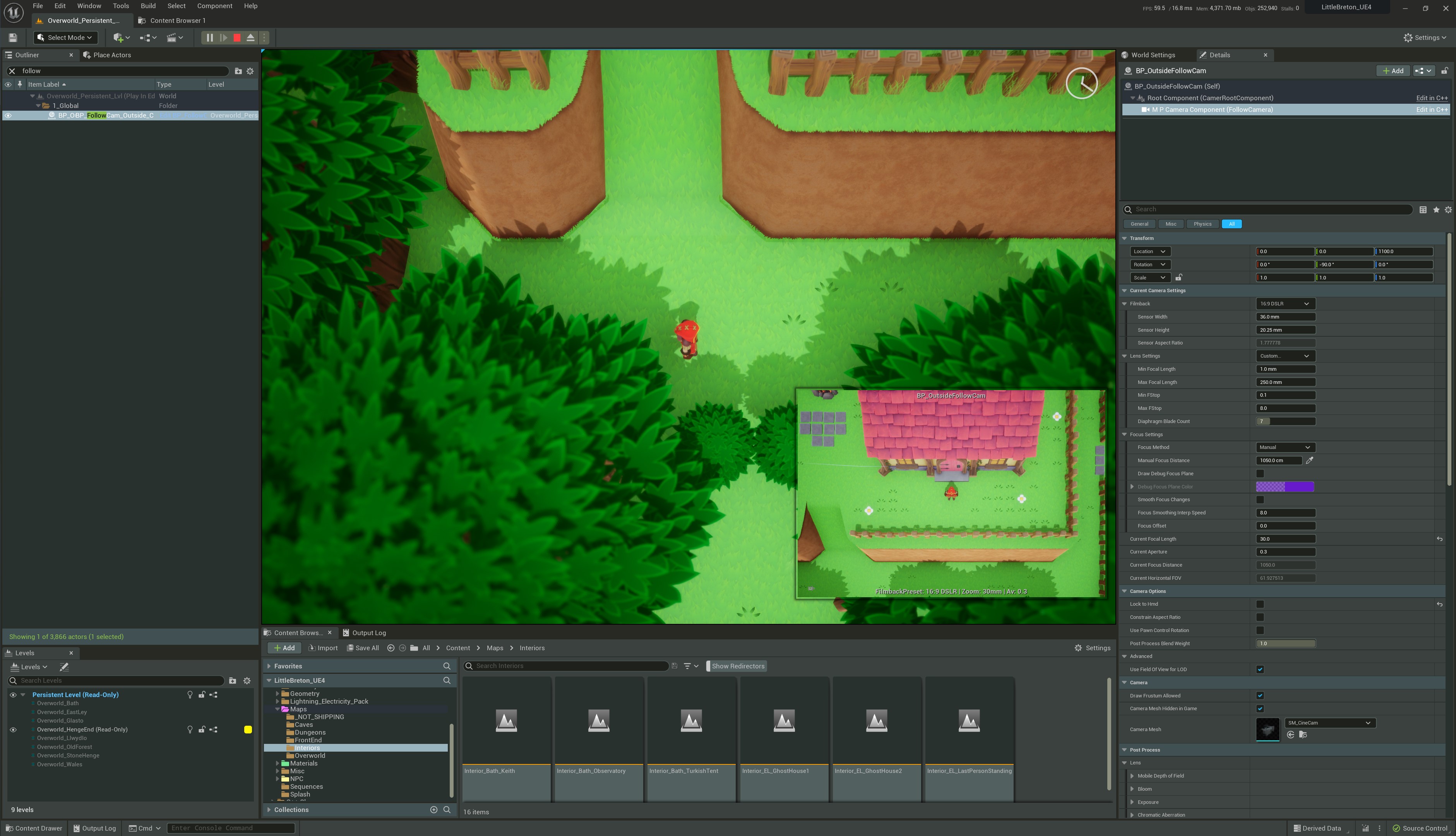