Entire day was spent on a sculpt for a shrine that’ll become the dungeon entrance in East Ley. Sort of a mix of things I’ve seen elsewhere, with a smidge of Green Man thrown in.

Don’t want to spend too long on this, as the player’s probably only going to see it for a sum total of a minute…

Took yesterday’s sculpt, tidied it up, hacked out a very quick low poly version (Degenerate Modifier ftw!), textured it, and placed it in the world. Created a new water type, which kinda reminds me of the water in Lumo, and added some new Fluid Ninja effects.

The area around the fountain has its own swirling volumetric fog, driven by Fluid Ninja, along with a similar effect as the mist in the rest of the level. The centre pillar is animated, but it needs a few more particles. 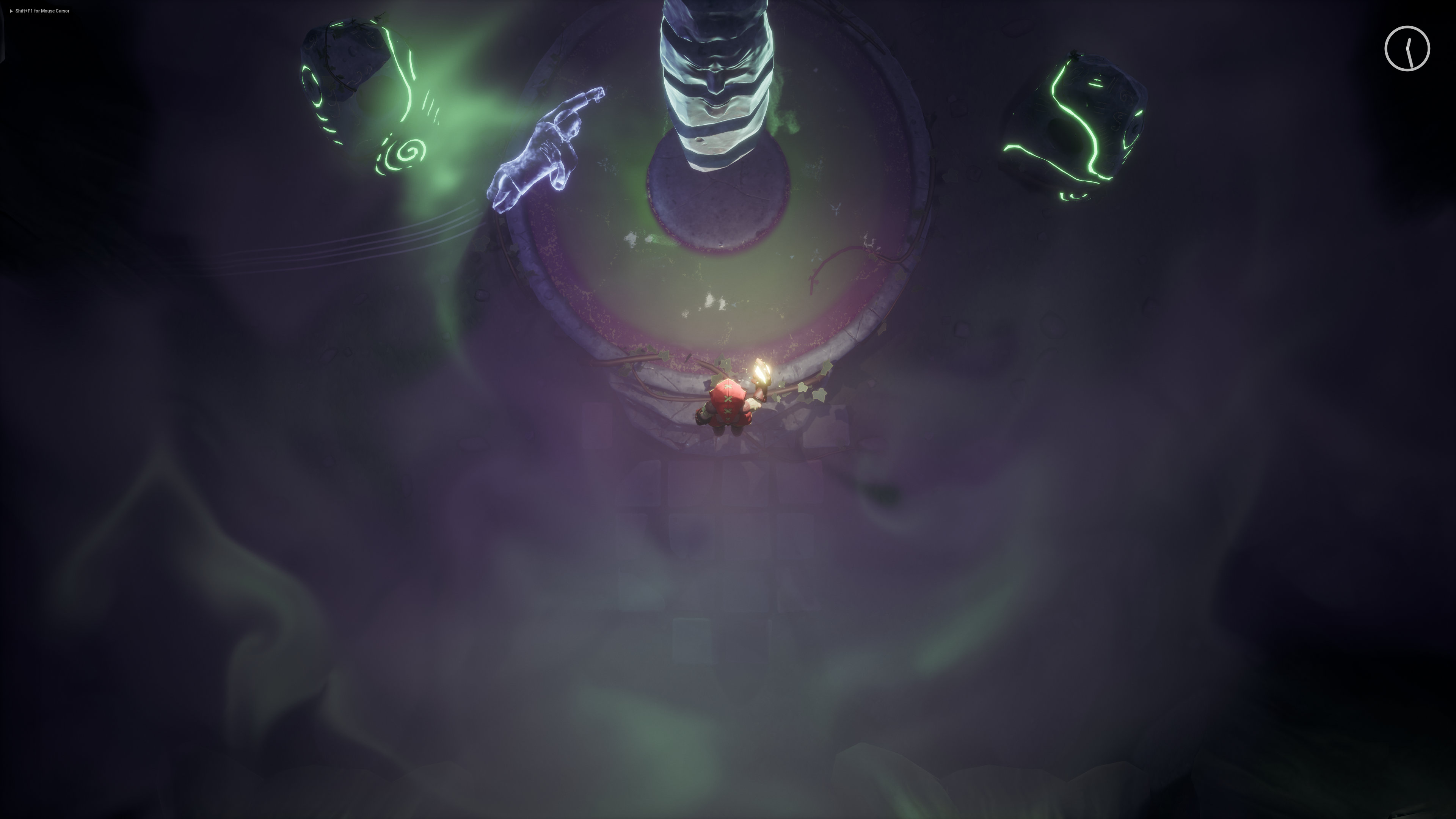 Spent a few hours making some materials for a “force field” type thing, that surrounds the shrine. I’ve not done any materials for sport in a good long while, but strangely, I ended up with something super simple using basic noise, because it reminded me of old-school Star Trek special effects. Maybe not the best reason to do anything, but hey ho.

The rest of the day was spent hooking everything up. The standing stones now record if they’ve been destroyed, and this gets bounced up to the game state. When the map reloads, the stones destroy themselves correctly, so everything is re-entrant. The map controller tracks the state of the stones and removes the force field when the player’s destroyed them all. The only thing left is the level sequence ceremony that leads to the barrow entrance. That’ll be a big job, for another day…

I also went around the map and painted in some foliage. The extra movement really helps, and it makes the area a little different from what’s come before. I still need some baddies in there, and some more destructibles, but it’s close.

It’s a bit easy to get lost, atm – it is kinda samey without baddies -- so I’ve added more long grass. My thinking is, most players will cut the grass down – hey, Rupees! – which means they’ll act as a bread-crumb trail. Well, that’s the theory.

Anyway, I’m off for the rest of the week. Heading to my folks to celebrate me and my mum’s birthday!