I’ve wanted to release Cecconoid on the Snap Store for months. There’s a Creative Commons version on Github, but it doesn’t include InControl, which is more than enough to stop most people trying to make a build of it so it seems appropriate that I should make a stripped-down version – no Eugatron, no CRT effects, etc. – and publish that for the Linux crowd. IMO they’re the most likely demographic to take the project and remix it...

I installed Kubuntu on my laptop on Saturday -- which was glorious! The XPS was already setup for it by Dell. I could write a whole post about that alone... -- and today I went back to the repo and created a new branch. I stripped the game down, removed Eugatron, made some builds, began testing it, and then realised I’d branched from the wrong version annnd… had to do it all again…

Eventually I got a working linux build that seemed reasonably robust.

Did some more testing and worked through the process of building the Snap for the store. Had a little help from Alan Pope, as I bounced off a couple of creases in the docs (they kinda expect you to be building an app from source, not a pre-built binary) so I was feeling my way a little at the start, but I've got a handle on it now.

Snapping stuff works. I’m really impressed at how clean it all is.

Pushed the button and Cecconoid is now public on the Snap Store. Help yourselves, linux chums! https://snapcraft.io/cecconoid

Wrote up a blog post about the process for Mr Pope, which he'll no-doubt batter into some better shape. It’d be ace to see a few more gamedevs on the Snap store, so fingers crossed this gets noticed…

Went back to the Sticky Mitt chest-room and changed a bit of the sequencing. I’ve put a power totem in there, which you need to use to unlock the door to get back out of the room (classic Nintendo). I also need to add a toast on-screen to remind about the controls, but that’s a whole thing for all the toys, so I’m putting it off until I’m bored…

Finished off the chest room sequencing from yesterday. The timings are niggly, and tbh, I think I’ve hit the limit of the sort of stuff I should be doing with timelines and delays in BPs. I think I’m going to start using the proper level sequence stuff in future.

I’ve collected quite a lot of places that should lead to dungeons (or interiors) while I’ve been updating the overworld map, so bit the bullet, and created new maps for each location, wired them up in code, and added them to the to the packaging list. They’re empty atm, but at least you can go in and out.

Started on a new house for one of the NPCs. Trying to get a thatched look going. 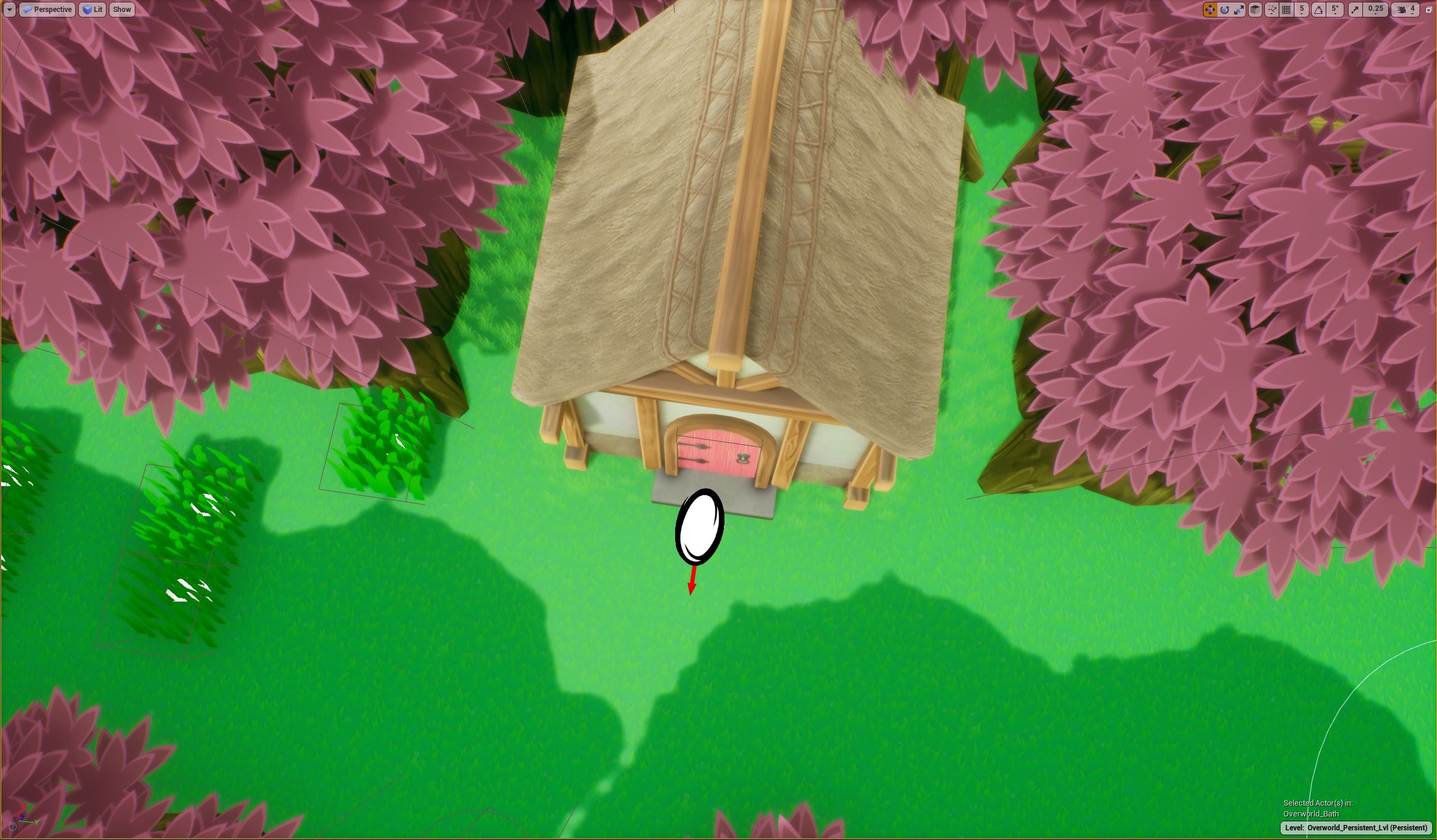 Annnd… I forgot it was Good Friday, so I guess I better head off and make the most of it. What even are days, anymore…?