I’ve wanted the player character to have facial expressions for a long, long time. Since I did the dungeon entrance cut-scene in Ytene. It’s always annoyed me that they’ve got a neutral expression as they’re being warped in, so today’s the day. 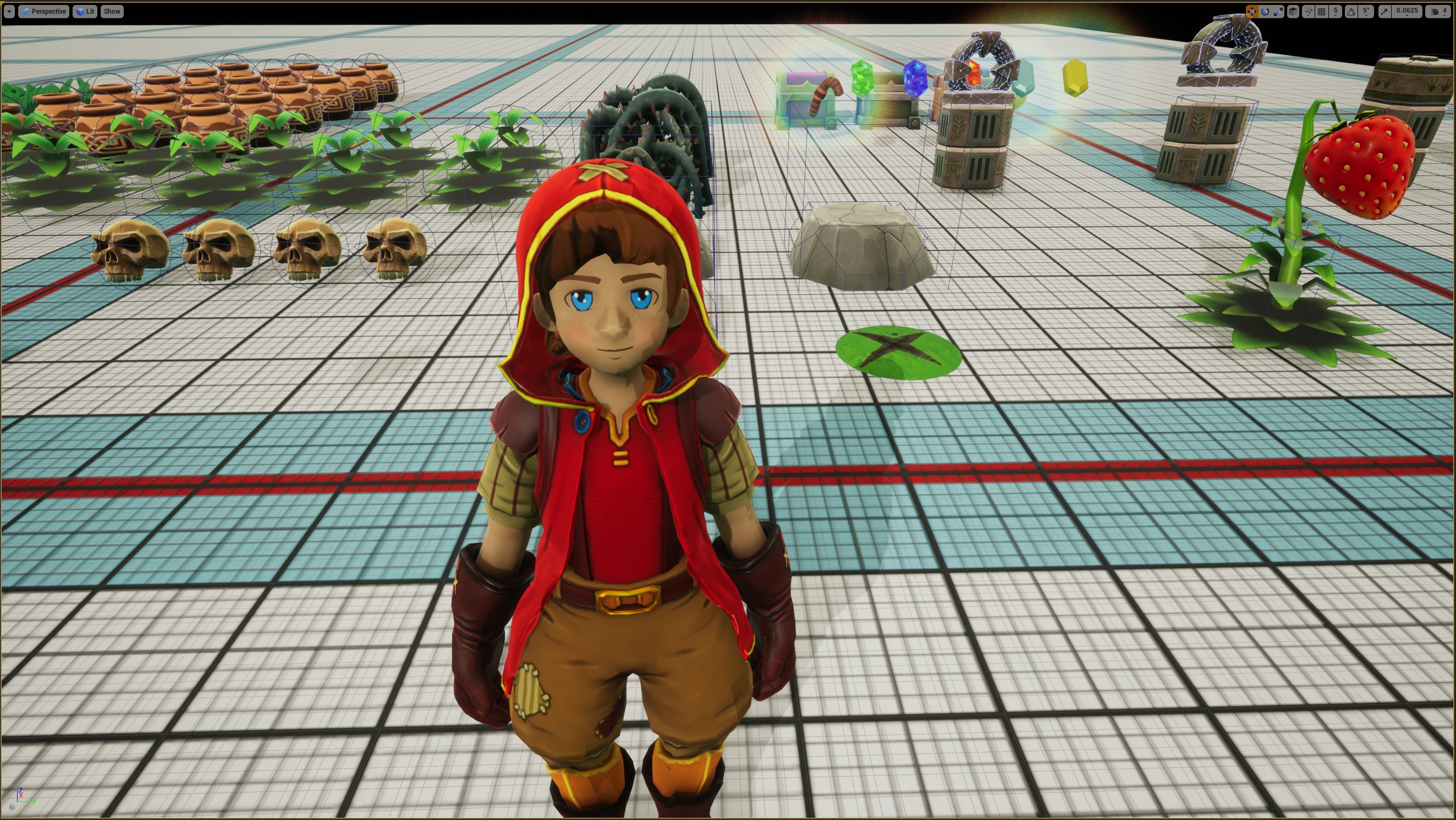 I could do a straight material swap in this cut-scene, but I’ve gone a little further.

The eyes and mouth were always setup as separate quads, with their own material, off the main mesh of the character. Unfortunately, the eyebrows were burned into main texture, so I needed to fix that, split out some new brow polygons, and make a new material.

I re-drew the original eye / mouth and eyebrows in Affintiy Designer, so I have them as vectors, and then had a pop at doing a surprised / shocked expression. Took me a while to work out the correct offsets and rotations, but I think I’m there.

I’ve setup a master material with sub UV co-ords driven from a material parameter collection that I can then update in code, to change the UV offset on the eye, mouth and eyebrow textures, depending on the “emotion”.

The code can take a timer, so an emotion can be set for a given number of seconds before reverting to neutral. And I’ve hooked this up to the dungeon entrance cut-scene to see how it looks!

I think the main use of this will be daft expressions for You Tube thumbnails. 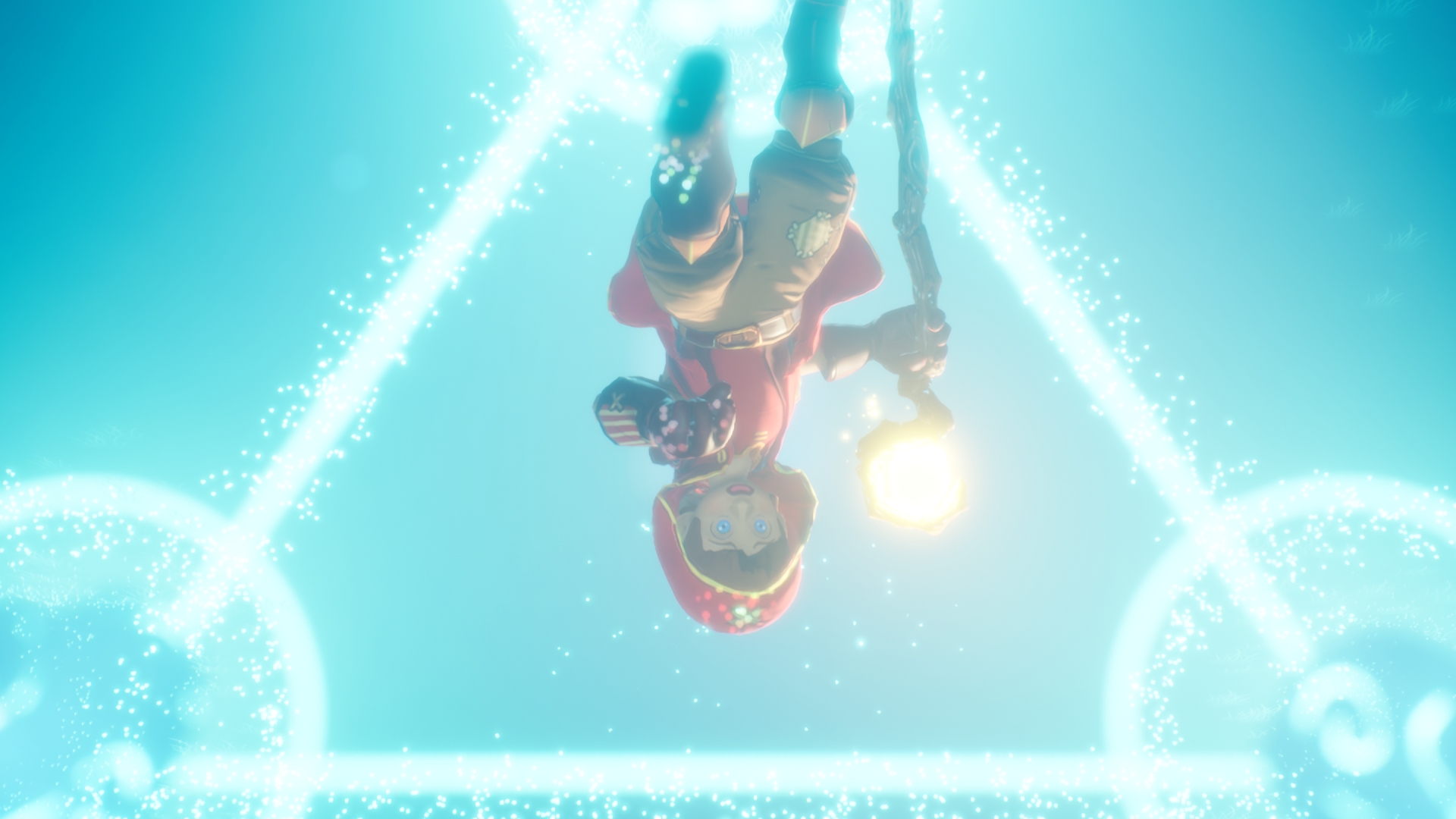 Today I experimented with the combat. I’ve been tempted to go back to the three-hit combo system that I original implemented, way back when. Death’s Door got me thinking about it again, so this morning I did a quick test. And, yeah. It’s definitely wrong for this game.

I’ve been playing Oracle of Seasons on the Pocket recently, and honestly, I do really like the “mash the button” combat of the old 2D Zelda’s. It’s easy. It’s accessible... and maenhir isn’t a game that’s meant to stretch anyone’s twitch reactions. In fact, the more I work on it, the more chill I want it to be.

What I have added, today, is a dodge-roll. Between this and the Z-Target system, the player has ample tools. They can strafe, roll, and mash the button and nothing’s going to present much of a problem once they have that down. I think that’s how it should be.

The basic roll implementation is in. It’s working with the follow camera (more fiddly than expected, because everything was modulated by the player’s input, and rolls don’t need any input). Z-Targets remain active. But it’s not hooked up to the stamina system.

I also need to add an instant breakout – for ceremonies, or when someone starts dialog – and fix how a rolling player interacts with triggers on things like Doorways.

But I don’t think any of that will take too long.

I spent most of the day finessing the combat roll. It’s a bit late in the day to be adding something like this, so it touched on quite a lot of things. But, with the exception of the camera, which could do with a few extra movement checks, I think every thing gameplay-wise is accounted for:

I also hooked it up to the stamina system, which means you can’t spam it, but I’ll also be able to add some buffs to improve it as you play through the game.

Here’s a little vid of me running around the Dojo, testing things out. Like I say, the camera’s not as tidy as it could be, but everything else is good.