It annoys me that I have to care about this stuff, but today I’ve been going through all the social media bits & bobs, to see what’s working.

What do I mean by working? Yeah, that’s probably the million-dollar question.

I didn’t know what I was doing with Lumo (still don’t) but Greenlight got a lot of eyeballs on the game, some press, and several thousand Steam wishlists. Enough to create an initial buzz, that I could keep bobbling along with shiny screenshots every week.

Without a forcing function like Greenlight it’s much harder to get going, but I need to get Maenhir in-front of people, hence all the blogs/vlogs and shameless self-promotion. The problem is, it takes a lot of time, so, if it ain’t workin’…

I’ve got a love/hate relationship with Twitter (dumpster fire). I’ve deleted my personal account, but I still have a company account. For whatever reason, it’s had zero traction over the last year. The odd like, sod all retweets, so I’ve changed tack. There’s now a game-specific account, which I’ll be posting to from now on: https://twitter.com/MaenhirGame

Screenshots haven’t cut-it for ages, but the dev vlogs are starting to get some eyeballs (mainly via Reddit). Because of this, I’ve joined TikTok, for a laugh. I know, it isn’t going to convert, but if I’m going make videos every week then I might as well have a laugh some of them. Bug of the week? https://www.tiktok.com/@tripleehgames

Grabbed a couple of hours this morning to look for bugs, and then pushed a new build up to Steam. Putting a pin in what I’m doing atm. Time to make some NPCs and baddies for the world…

Figured I’d start with the chicken, since it’s in the main timeline. Turned out that the model had a few scruffy bits, so I did a cleaner unwrap, retextured it, and then knocked up a quick rig.

Completed the idle & peck, and started work on the walk loop.

Imported all the Chicken bits, and made a start on the AI.

I’ve not touched the UtilityAI system since I built it, so this was a proper test; does it make sense when I’ve forgotten what it does/how it works? And how long does it take to get something going, from a standing start?

I’m feeling pretty good, cos it all made sense, and I got the chicken moving, pausing and thinking about pecking within an hour. Dropped it into Henge End, and it all worked first time (once I remembered to build the nav). I have a chicken mooching about! 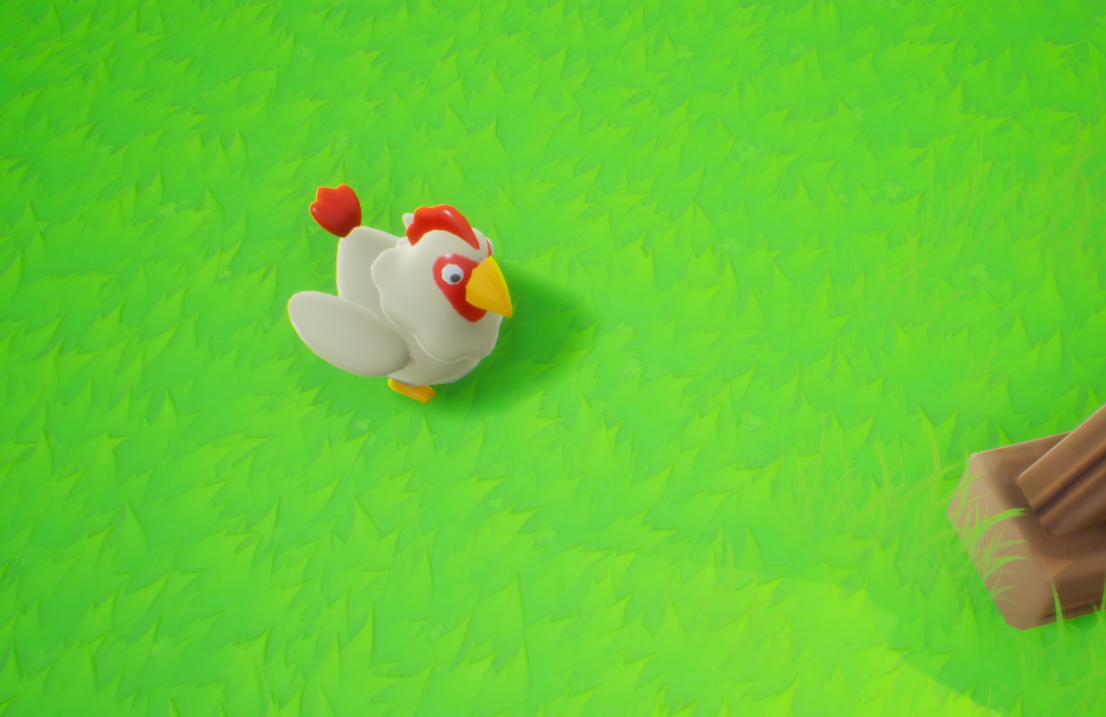 Needs audio, VFX and a “frightened” state. And it probably needs to be an object that the player can pickup. Or kick.