Blueprints are reliable, for the most part, but one thing you do not want is a corrupt one. They don’t corrupt often, or easily, but it happened to one of mine at some point in the last few days, and it’s caused a problem; I can no longer make packaged builds.

The exception raised isn’t very useful, spitting out a “something is wrong” error, but not actually pointing me at culprit. Even putting a breakpoint on the exception didn’t help... In the end I had to step through each check-in, one-by-one, and cook the full build to see which one caused the problem. Fortunately, I wasn’t being lazy last week, as I’d checked individual changes into git rather than big batches, so when I found the one that broke things, the changelist was one file long… My broken BP!

I say broken, but it’s hard to know how. I refreshed all nodes, I deleted and replaced all the variables, but it was still crashing the build. In the end, the only thing I could do was recreate the whole thing in a new file and replace it in-game. Boring, took a while, but it worked, and my builds are clean again.

After that, I finished up my hut from last week, added some trim edges around the thatching, and placed some new Ivy, coloured to match the trees in Bath.

Also made a start on the Observatory. 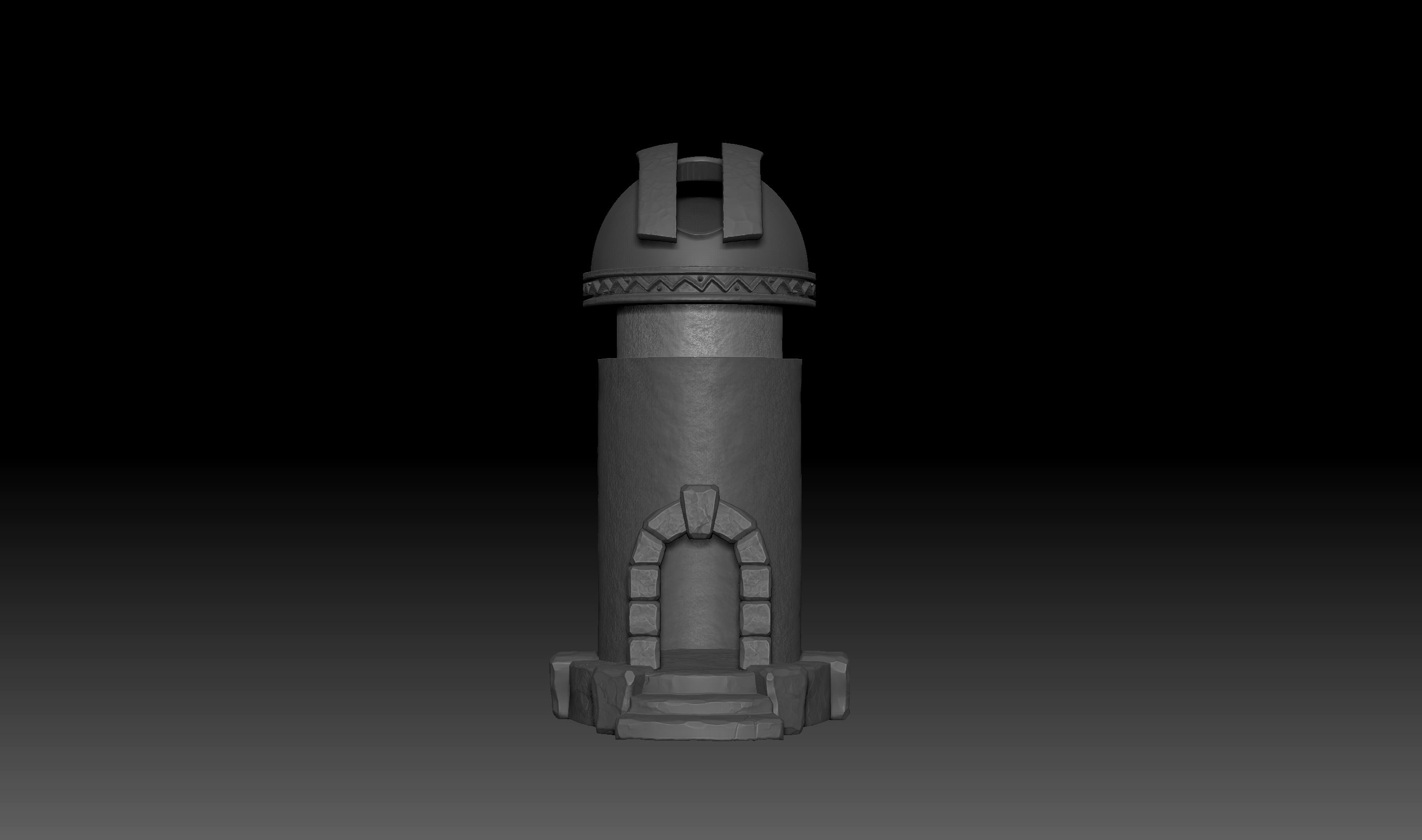 …I know what you’re thinking.

Spent the majority of the day giving feedback to the students, but managed to do a little more on the observatory. 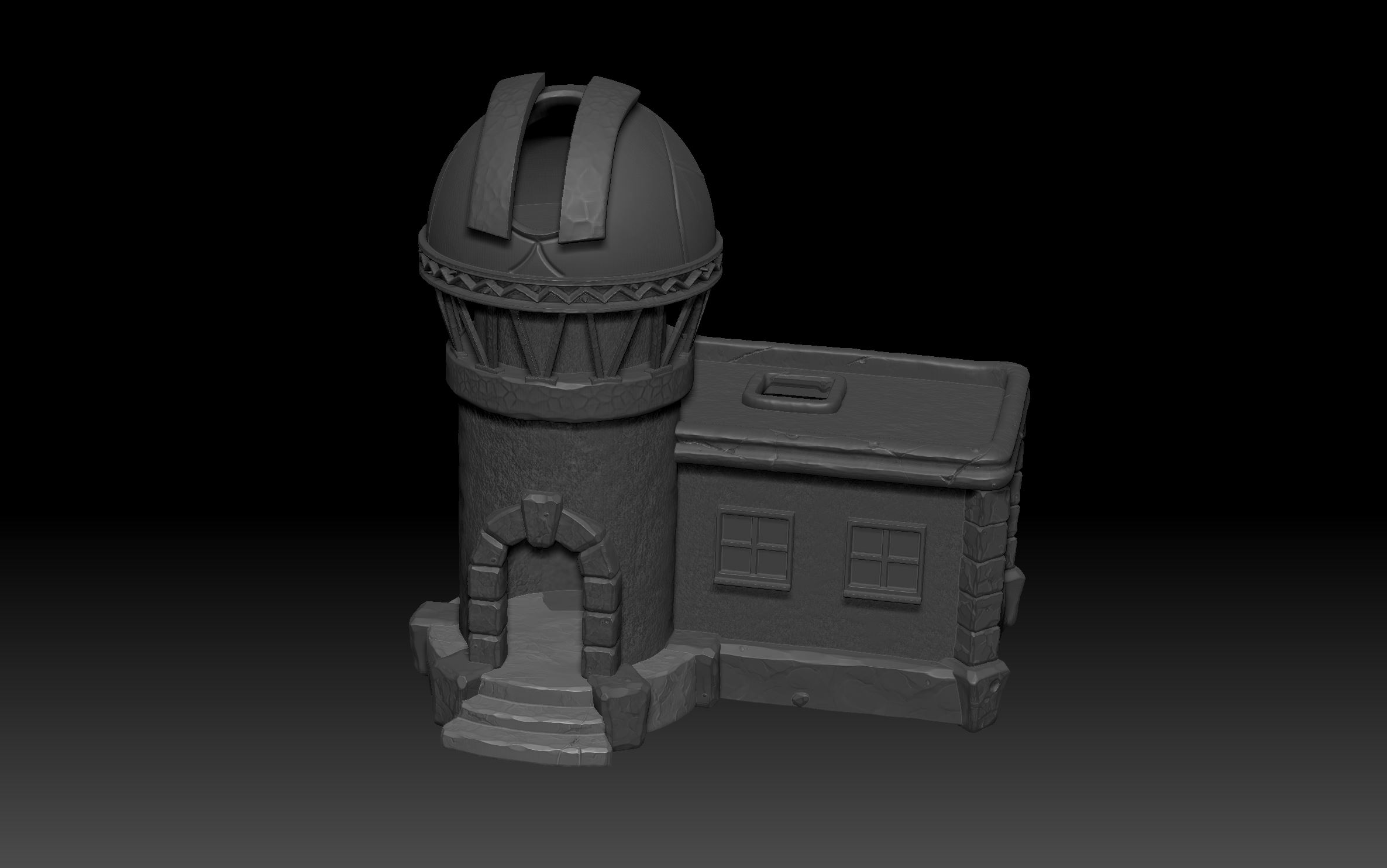 Finished off the sculpt of the Observatory and started on the low-poly retopology. This took an absolute age, and I’ve found my new worst thing about game dev. It’s worse than unwrapping by a country mile and I hates it. 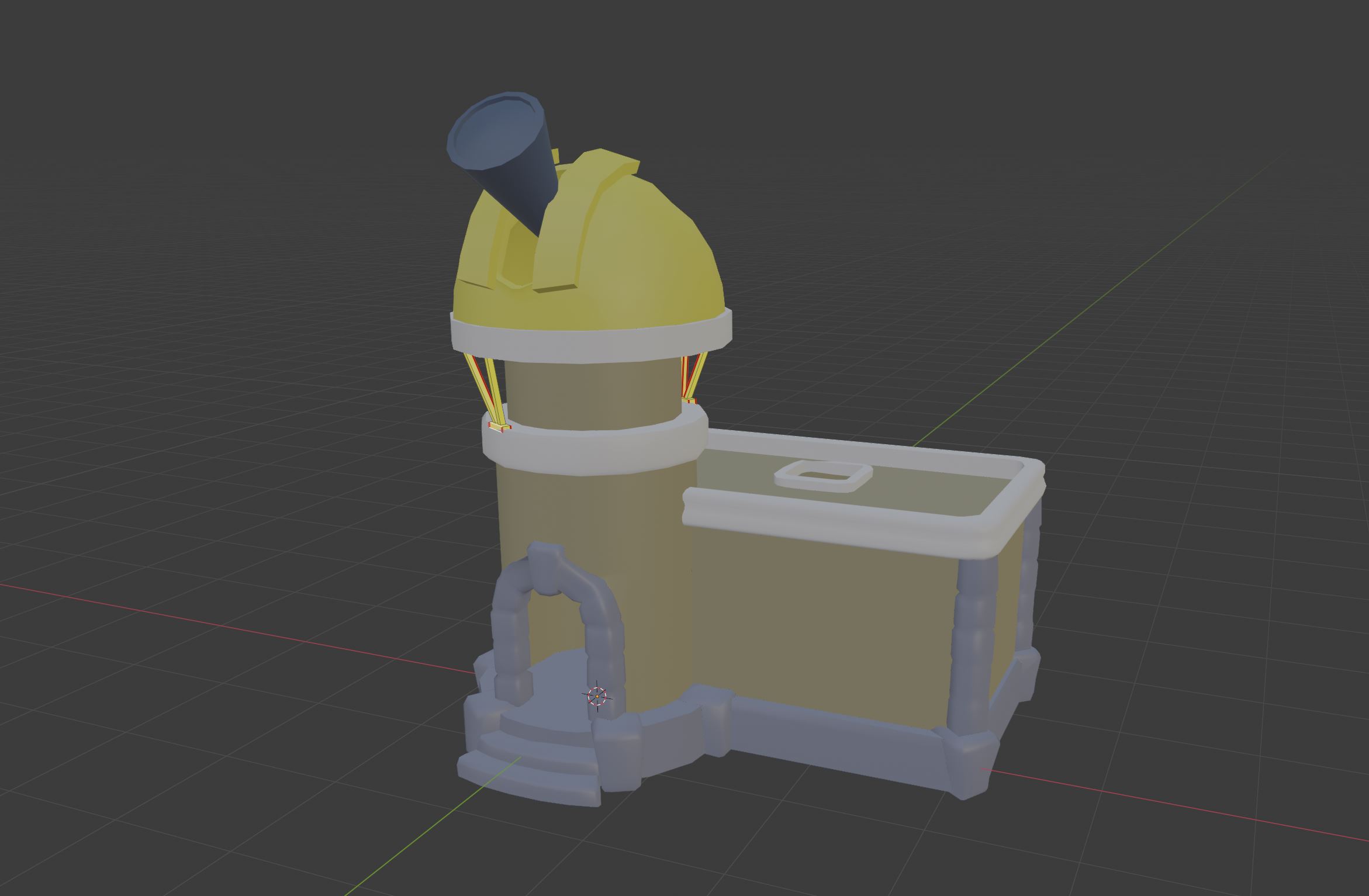 Got a load of really useful advice about baking from Paul, which highlighted a load of things that I’ve been doing wrong forever when prepping normals on a mesh, prior to baking, so at some point I should probably go back a fix some stuff… Maybe.

Textured the Observatory and got it in game. Immediately decided it was way too fussy and spent hours stripping it back, re-colouring it, farting about, and trying to find something I liked. 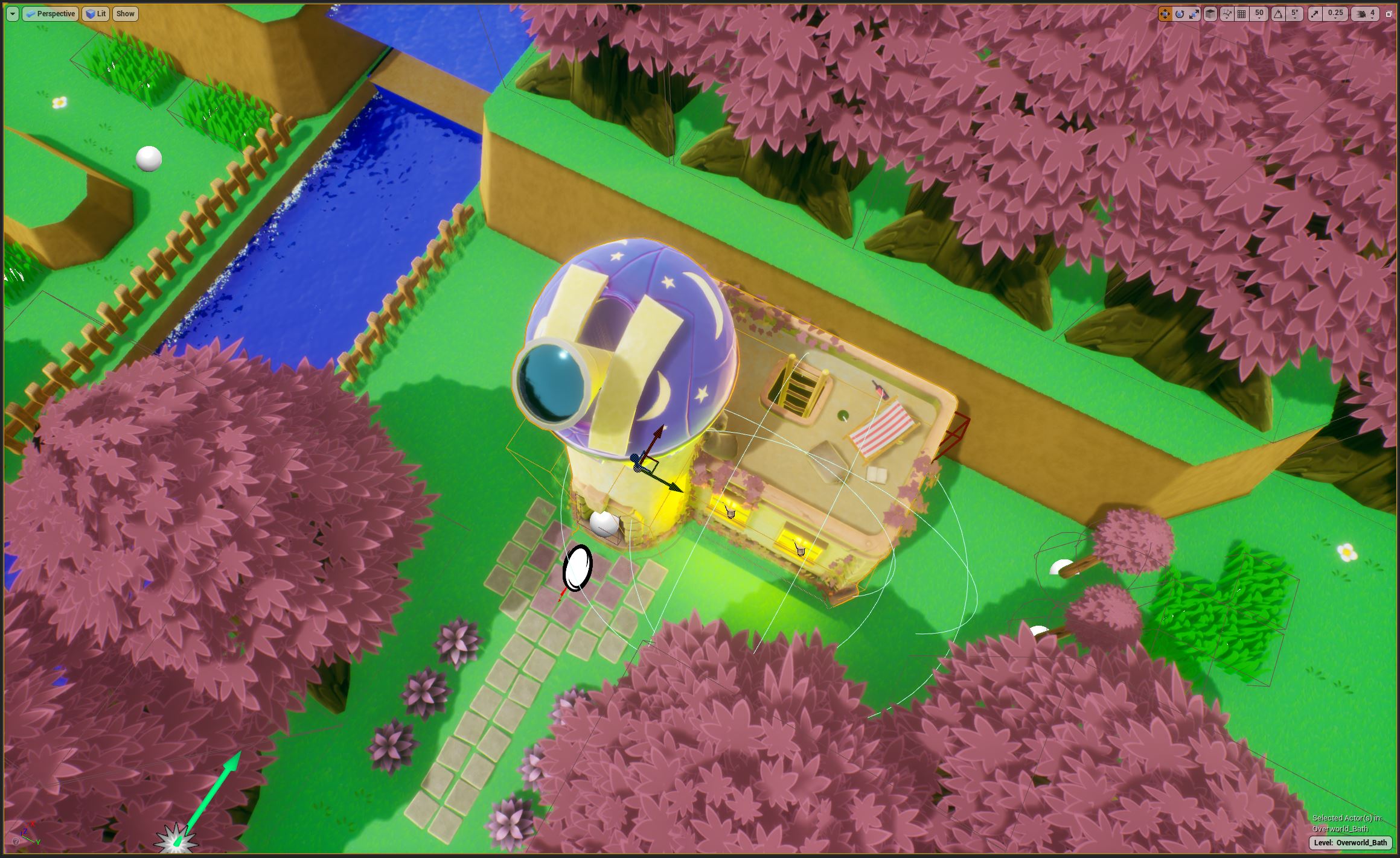 I’ve kinda got there. The building’s fine, but top bit around the telescope needs some work. The plinth and struts need detailing, the normal for the dome is too low resolution (covered by the DoF atm) and the “flaps” that would cover the hole need replacing entirely. They’re rubbish.

Weakest building in the game, but I learnt a lot about Zbrush on the way so it’s not a write-off. I'll give it another iteration later, and fix up the dodgy bits. 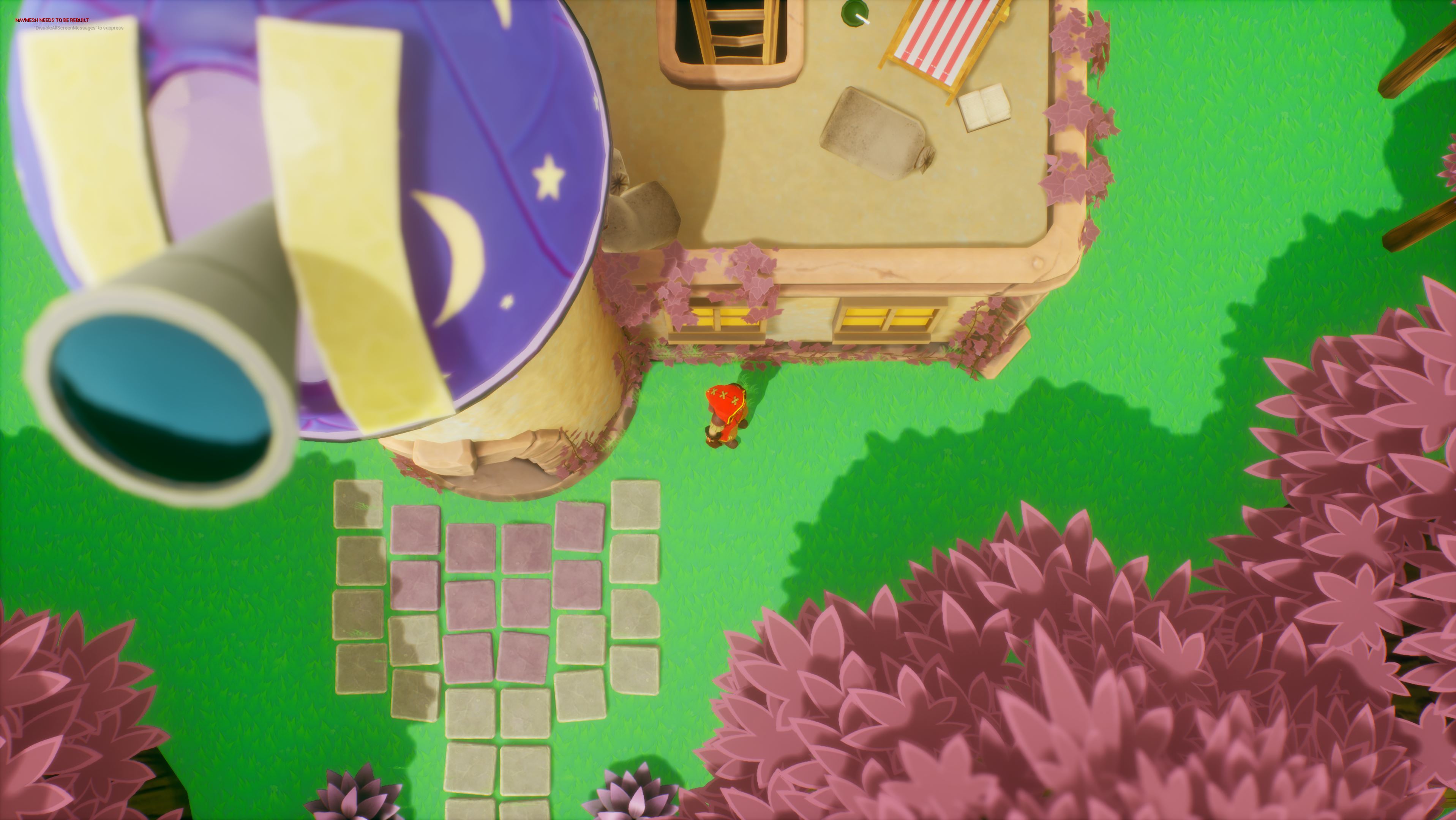 I’m going to have an eye-ball visible in the telescope, that looks about and blinks occasionally – Sauron-style – so you can tell when someone’s in the building. I was hoping to do that today, but ran out of time. Forcing function to come back and give this another iteration...