More work on the Vine/splines, mainly focused on the art.

I made a proper mesh and textured it up. Nothing too complicated, just a tube with some spikes. I’m spawning this, repeatedly, along the length of the spline, then calculating the scale for the start and end of each piece. UE’s clever enough to do the rest, so I end up with a nice taper. Came out surprisingly well! Particularly when it’s under the Wand’s light. 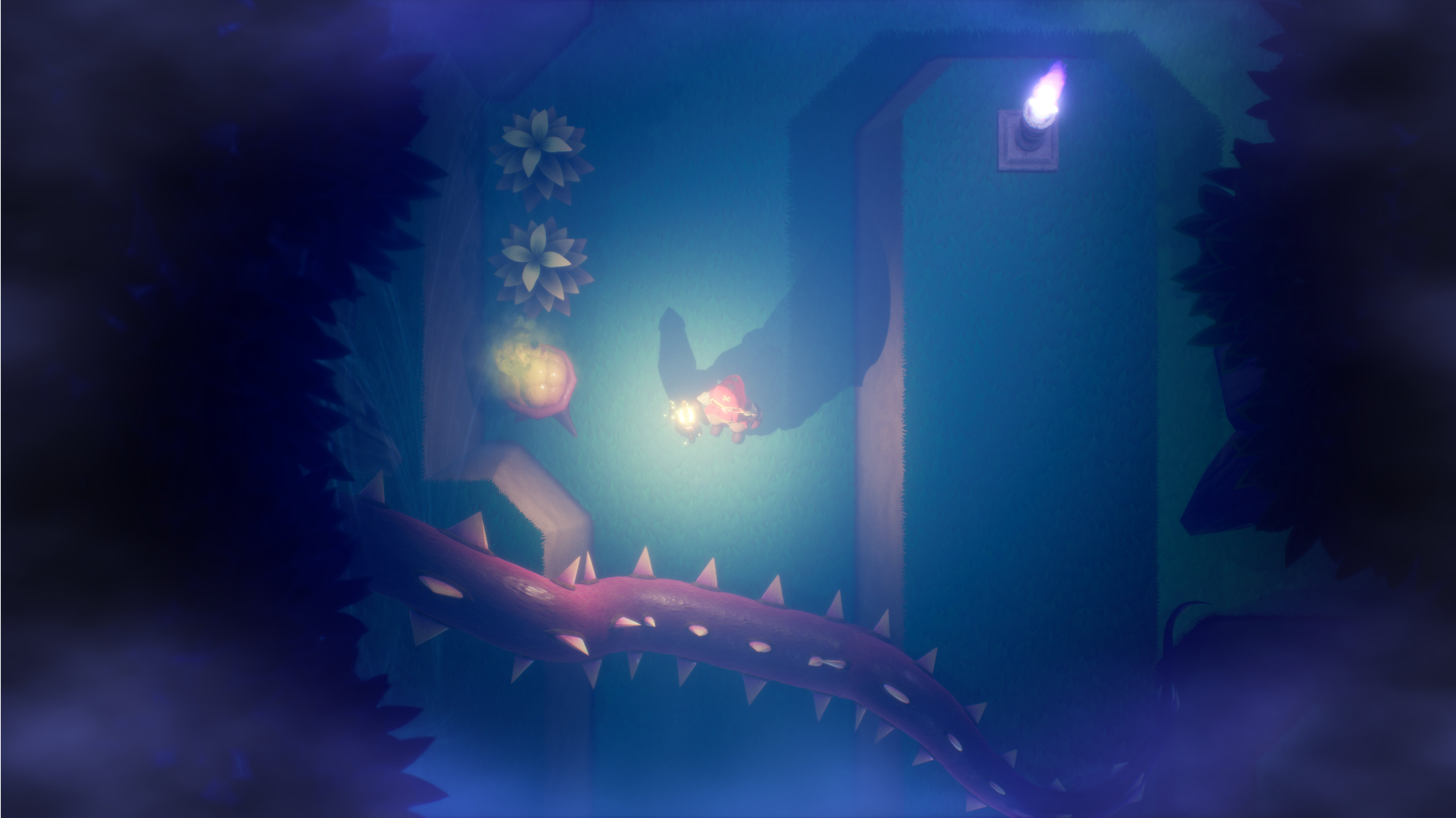 I had to do some maths to get rid of the linear tapering. I wanted it to remain fat for most of the length, and taper off towards the end. Was worth the head scratching, as I’ve ended up with a nice, chonky boy.

I also need something for the player to hit, which will trigger the vine to retract, so I sculpted up a little gonad sack that I can use as a prop in the world. Also created some VFX, so it looks like its emitting pungent smoke. The gonads aren't great, I might re-do those.

Finished off the vine!

You can now hit the sack, and it’ll retract nice and smoothly. There’s no collision on it, yet (there’s no damage system in the game either, so…) but it’s definitely going to do everything I need it to. Pretty happy with it.

I’ve had a bug, for ages, where my wind VFX have been spawning in the world and then stopped moving (if they ever moved at all…) I’ve been backwards and forwards through the Niagara settings several times, trying to work it out. Well, I finally got it sussed. Had nothing to do with the particle system! The BP that wrapped the particle system checks the time of day and pauses it, which is entirely the wrong thing to do (it leaves the particles in the world, looking broken). The correct thing to do, I have now learned, is to create a user param – SpawnRate – and change this from the BP when I don’t particles in the world.

Another case of “oh look, I did something and completely forgot what I did, when I did it, and how it works”. This game is getting too big…

I think I’ve hit a good point to move on to something else for a while. Could be time for a Vlog…